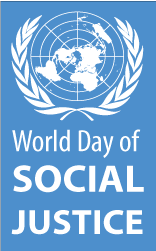 The World Day of Social Justice (WDSJ) is marked every year on 20th February across the world with an aim to identify the need to promote the efforts to manage several issues like exclusion, unemployment and poverty.

The World Day of Social Justice main objective is social justice for all, its global mission is to promote development and human dignity.

The World Day of Social Justice was first declared by the United Nations General Assembly in 2007 in accordance with the goals and objectives of the World Summit for Social Development.

As per the report by UN, most of the migration today is linked directly or indirectly to the search for decent work opportunities. There are an estimated 258 million international migrants.