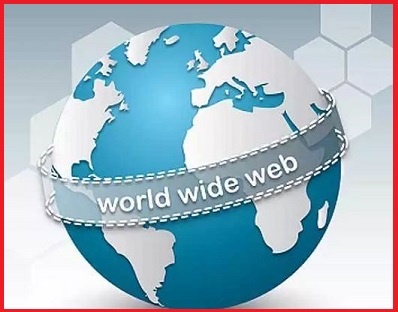 The invention of the World Wide Web (www) was one of the major inventions of human history. it happened 3o years back on 12th March 1989.

The invention of the World Wide Web (www) was done by Sir Tim Berners Lee who was the first British engineer and scientist.

In March 1989, Sir Tim Berners Lee submitted the 'Information Management: A Proposal' to his boss while working at Europe's CERN Lab, The first official server was built rather than Cal Burners.

The system on which the program code was written, that NeXt was developed by Steve Jobs.

This proposal is what came out as the first web browser, the World Wide Web.

Berners-Lee’s boss allowed him time to develop the flowchart into a working model, writing the HTML language, the HTTP application, and the first Web browser ‘WorldWideWeb.app’.

By 1991, the external Web servers were up in the market. The web was made public in April 1993 and the first search engine ‘Mosaic’ was launched in November 1993 to accept pictures. It was later replaced by the likes of Internet Explorer, Google Chrome and Mozilla Firefox.

The World Wide Web opened up the internet to everyone, connecting the world by way of sharing information.