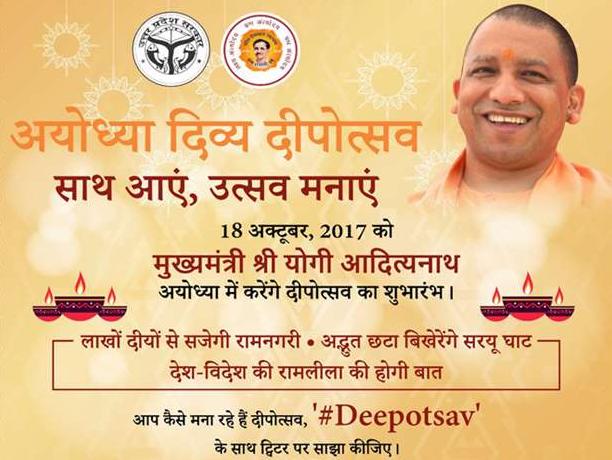 On 18th October 2017 chief minister of Uttar Pradesh, Yogi Adityanath to take part in the Deepostsav celebration. The state government has made special arrangements for The city Ayodhya to be lightening with 1,70,000 earthen lamps.

Union Minister for Culture Dr.Mahesh Sharma to attend the celebration on the bank of the Saryu river along with other high profile ministers and officers.

This is the first time in the history of India, Uttar Pradesh government officially celebrating the function of Deepawali at this large scale to promote the heritage of Lord Rama and tourism in ancient city Ayodhya.