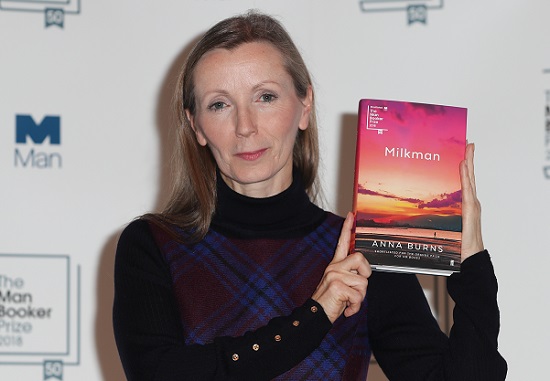 Northern Ireland writer Anna Burns has been awarded the Man Booker Prize of the year 2018. She has been given this respect for her novel 'Milkman'. With this announcement, Anna Burns has become the first Northern Irish writer to win this award. This was his third novel.

Burns will also be given 50 thousand pounds with this award. Regarding Burns' book, the judges said that Milkman is a wonderful book. He also said that this book has given a great feeling of pain in that book.

The 'MilkMan' novel written by Burns is the story of an affair with a woman married. At the same time, this woman was facing a man who was using weapons such as family relationships, social pressure and political fidelity for sexual harassment.

The Man Booker Prize or Booker Award is given every year for the original English novel written by Commonwealth or Irish citizen.

The year 2008 was given to Indian writer Arvind Adiga. The awards were received by authors of Indian origin for a total of 5 times including Adiga.

Other writers are VS Naipaul, Arundhati Roy, Salman Rushdie and Kiran Desai.

Booker Prize was founded in 1969 by the Booker McConnell Company of England.

In this, the amount of 50 thousand pounds is given to the winner.

A long list of novels is prepared for this award and then the award winner is announced at the evening's evening dinner ban. The first booker award was given to Albania's novelist Ismail Kadre.

US author George Saunders become only the second American wr...