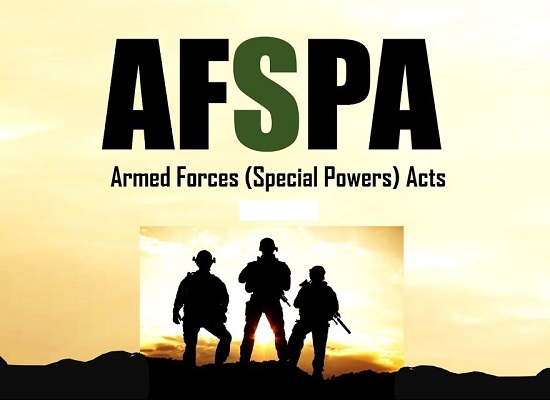 Armed Forces Special Powers Act is a law with just six sections granting special powers to the Indian Armed Forces in what the act terms as disturbed areas. It has been condemned by several sections of the society for its brutal applications in the past and in the present scenario.

In the past, this act has been brought to use in Assam, Manipur, Punjab & Chandigarh. The act is still in use in J&K.

According to the Armed Forces Special Powers Act (AFSPA), an officer of the armed forces has powers to:

» Constitution of India: Article 19 freedom of speech and expression