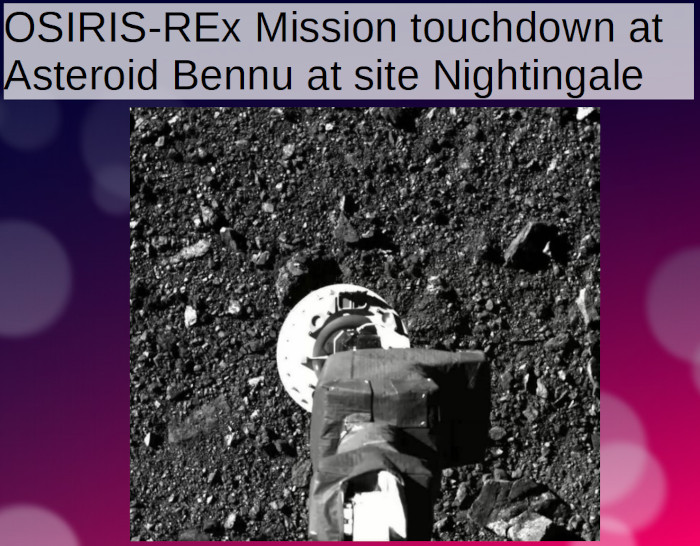 NASA's OSIRIS-REx Mission images confirmed to touch down at Asteroid Bennu at site Nightingale Feature, Time spent during touch down

Initial images returned from the mission shows the SamCam imager’s field of view as the spacecraft approached and touched down on Bennu’s surface.

OSIRIS-REx made it all the way down to site Nightingale on the Asteroid Bennu.

The team on Earth of the mission control received confirmation of successful touchdown at 6:08 pm EDT, the spacecraft then performed a back-away burn.

6 Seconds touchdown confirmation keeps hope alive for the mission returning home with samples from the Nightingale site on the Asteroid Bennu around September 2023.