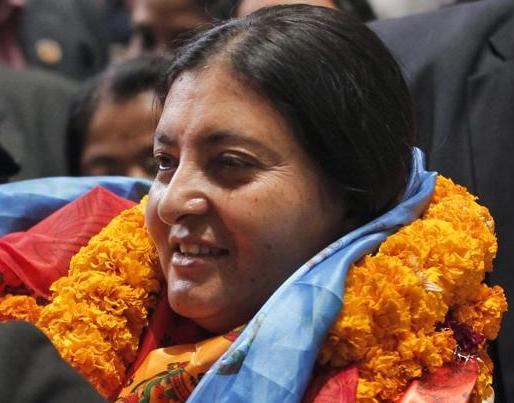 Nepal First Woman President, Bidya Devi Bhandari has been re-elected for the second term in office, securing Presidentship of Nepal on 13th March 2018.

The President of Nepal is the ceremonial head of state, under the new Republican Federal Constitution of Nepal.

Bidya Devi Bhandari was the candidate of the ruling Left Alliance and was supported by two major Madhesi parties.

Bidya Devi Bhandari got elected with more than a two-thirds majority and gained 39,275 votes while the Nepali Congress’s Laxmi Rai secured11,730 votes.

Bidya Devi Bhandari was also elected twice in parliamentary elections in 1994 and 1999. Earlier, she also served as Defence Minister of Nepal and has been an activist for women’s rights.

» WHO removes Robert Mugabe as Goodwill Ambassador for NCDs in Africa