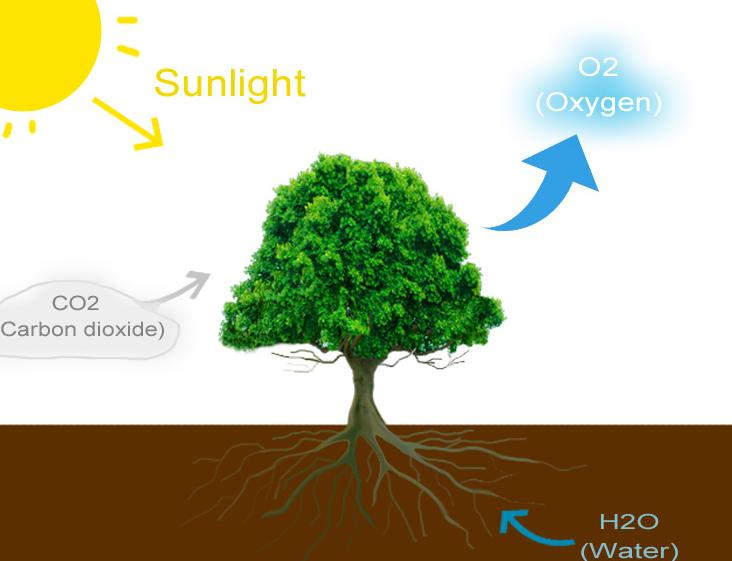 Photosynthesis is the process used by plants, algae, and certain bacteria to provide energy from sunlight and it converts into chemical energy.

During oxygenic photosynthesis, light energy transfers electrons from water (H2O) to carbon dioxide (CO2), which produces carbohydrates. In this transfer, the CO2 is "reduced," or receives electrons, and the water becomes "oxidized," or loses electrons. Ultimately, oxygen is produced along with carbohydrates.

On the other hand, anoxygenic photosynthesis uses electron donors other than water. The process typically occurs in bacteria such as purple bacteria and green sulfur Bacteria. “Anoxygenic photosynthesis does not produce oxygen — hence the name,” said David Baum, professor of botany at the University of Wisconsin-Madison. “What is produced depends on the electron donor. For example, many bacteria use the bad-eggs-smelling gas hydrogen sulfide, producing solid sulfur as a byproduct.”

The whole process doesn't happen all at one time. The process of photosynthesis is divided into two main parts. The first part is called the light-dependent reaction. This reaction happens when the light energy is captured and pushed into a chemical called ATP. The second part of the process happens when the ATP is used to make glucose (the Calvin Cycle). That second part is called the light-independent reaction.