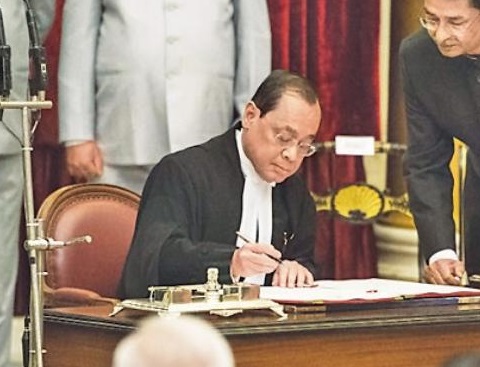 Chief Justice of India Rajan Gogoi was born on 18th November 1954, Assam. He became the 46th Chief Justice of India and first northeast Indian and first Assamese since 3 October 2018. His father was chief minister of the Assam in 1982. He became the permanent judge of the Guwahati High court on 21 February 2001. He was elevated as a Judge of the Supreme Court on 23 April 2012. He will serve as CJI till 17th November 2019.

Ranjan Gogoi does not have jewellery and car. Rajan Gogoi wife has jewellery which is gifted to her at the time of marriage by parents and relatives. His complete assets and income are less than the successful advocates of the supreme court. CJI Gogoi and his wife total bank balance is 30 lakh by including LIC policy.

His mother has given hin one plot in Guwahati in June 2015. CJI Gogoi does not have a loan and any transaction with anyone.

Supreme court senior advocate earn 50lakh per day which is much more than CJI Ranjan Gogoi. The attorney general of India mentioned that the Supreme Court judge should have 3 times more salary than the current salary. Current salary of supreme court judge is 1 Lakh rupee per month.