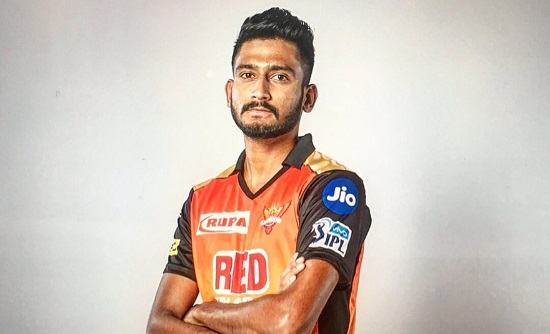 Khaleel Khursheed Ahmed was born in Tonk, Rajasthan. Khaleel Ahmed decided to take the sport seriously and that got him a place in the India under-19 squad for the 2016 World Cup.

Khaleel Ahmed represented India B and bowled a match-winning spell of 3 for 49 in the finals against Karnataka. Khaleel was picked up by Sunrisers Hyderabad for the eleventh edition of the IPL for a massive 3 crores INR.

In the team of Asia Cup, 2018 left-arm fast bowler Khaleel Ahmed of Rajasthan is the only new face to chase from India Side.

Khaleel's father did not like to play his son's cricket first. He wanted his son to become a doctor by writing and reading. But his coach Imtiaz played a significant role in celebrating them. Khalil had told in an interview to Cricinfo that those days in Tonk were not considered good for children reading cricket.

Khaleel Ahmed was a hobby of cricket since his childhood. Khaleel Ahmed represented Rajasthan at under-16 and under-19 level.

Playing in the Under-19 World Cup in 2016, Khaleel Ahmed took 12 wickets in three matches in three countries under-19 tournaments. In this match, against Sri Lanka in Colombo, it included three wickets for 29 runs. Although he could not continue his form in the World Cup, he remained consistent with the team.