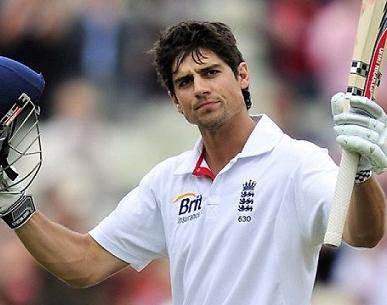 England’s National Cricket Team, Former Captain, Alastair Cook has announced to get retired from international cricket after the fifth and final match against India at the Oval, starting from 7th September 2018.

Alastair Cook while announcing his retirement, said "Although it is a sad day, I can do so with a big smile on my face knowing I have given everything and there is nothing left in the tank. I have achieved more than I could have ever imagined and felt very privileged to have played for such a long time alongside some of the greats of the English game.” He also expressed over missing the dressing room environment.

Alastair Cook (33-year-old is known as one of England’s greatest test players. He is also the highest run-scorer for the nation in tests and stands 6th on the all-time list of Test run-scorers, after Sachin Tendulkar, Ricky Ponting, Jacques Kallis, Rahul Dravid and Kumar Sangakkara.

Alastair Cook, a Left-hander is England's all-time leading Test runscorer with 12,254 runs at 44.88 including 32 hundred, while his run of 158 consecutive Test appearances is a world record.

England Scored Worlds Highest ODI Total In History Against A...