Benefits and reason behind presenting the Budget 2017 on 1 Feb 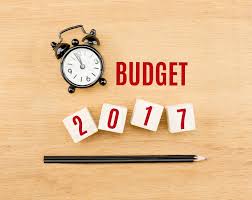 The Union Cabinet headed by Prime Minister Narendra Modi has decided to present the Union Budger 2017 one month before, that is on 1st February.

According to Prime Minister Narendra Modi, the budget 2017 will have a positive impact in the economy as a whole

Prime Minister stated that due to launching the budget before the financial year, the money rewuired for different Yojana’s and schemes will be available at the beginning of financial year.

The funds in the present budget calendar are provided at the beginning of monsoon and it is very difficult for the government to function.

Budget 2017 to motivate SMEs for food processing and manufac...

Budget 2017: No discounts or plans for political party

Government to not provide any benefit to political party in ...

» Labourers to get wages through Bank account, Payment of Wages Act