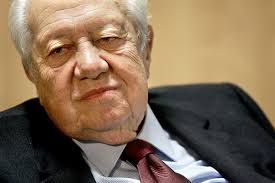 Former Prime Minister of Portugal Mario Soares passes away at the age of 92 as he was in coma brofre doctors announced the cirfirmation of death.

In the honour, the government of Portugal has announced three day of mourining in the country.

After the Presidency tenure, Mario Soares became the most influential politicians.