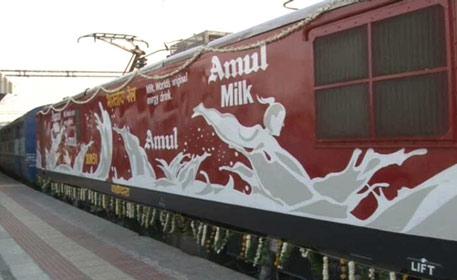 Railways has proposed to allow advertising through LED screens at the area which is unused in Railways like the area along the tracks, road over bridges and the level crossing gates.

Big LED screens will be set up at the platforms, station buildings and foot over bridges for the advertisement under Rail Display network.

The Indian Railways New Policy Rail Display network will cover 25 station that are Delhi, Varanasi, Jaipur and many others and then it will be extended further to more stations.

Advertisement will also be done to trains exterior including the AC coaches windows through vinyl rapping.

Under New Policy advertisement will also be allowed inside the coaches including sleeper as well as AC coaches.

The policy Rail Display Network will serve as the revenue for Indian Railways.