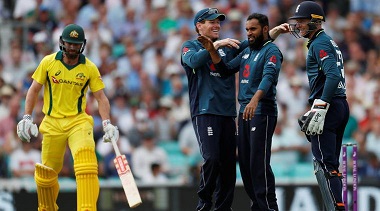 England registered the highest-ever ODI total (481/6) in men's cricket history and defeated Australia by 242 runs to take an unassailable 3-0 lead in the five-match series.

The 242-run defeat was Australia's heaviest-ever in ODIs. Australian's were bowled out for 239 in 37 overs as Adil Rashid took 4-47.

With this, England beats their own previous best of 444 runs which they registered against Pakistan in 2016 at the same venue.

Ministry of Sports: Financial support to the Kho Kho Fe...