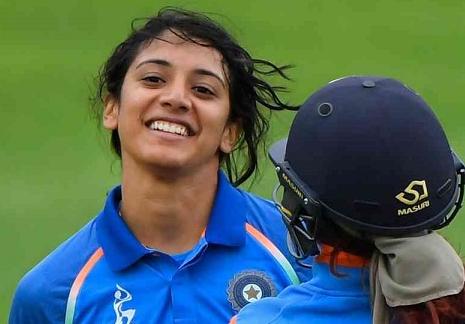 Looking forward to the new challenge, Smriti Mandhana informed, “To be the first Indian player to appear in the tournament is a real honor and I hope that I can help Western Storm to more success."

Smriti Shriniwas Mandhana was born on 18th July 1996 in Mumbai. He is an Indian cricketer who plays for the Indian women's national team.

Smriti Mandhana (21-year-old) has scored over 826 runs with the highest score of 76 in the 40 T20 Internationals she has played so far.

Smriti Mandhana has also played for Brisbane Heat in the Women's Big Bash League in Australia.

Smriti Mandhana has captained the IPL Trailblazers in the one-off exhibition game organized by the BCCI.

In June 2018, the Board of Control for Cricket in India (BCCI) named Smriti Mandhana as the Best Women's International Cricketer