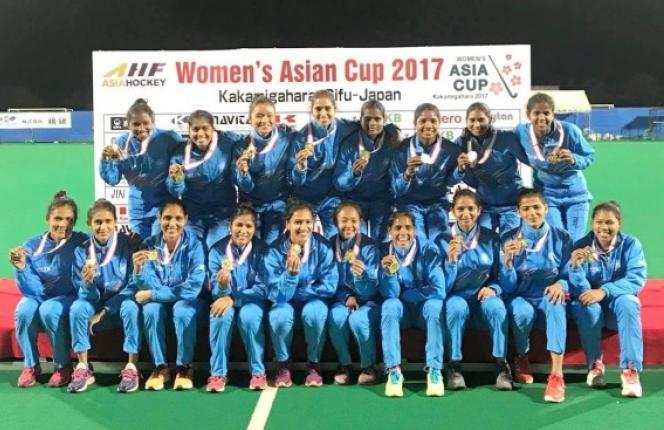 With this victory, the team of India has secured a berth for itself at the 2018 Hockey World Cup. This is the second time that India has claimed the top in the history of the tournament.

In 2004, it was the first time when India women’s team had claimed the Asia Cup trophy by beating Japan 1-0.

Though India took the lead with Navjot Kaur scoring in the 25th minute, China’s Tiantian Luo converted a penalty corner to equalize the scoreboard in the 47th minute.

In the penalty shootout Rani scored twice while Monica, Lilima Minz and Navjot scored a goal each. Monika Malik won the Woman of the Match award, Savita Punia was adjudged Goalkeeper of the Tournament.

India wins Bronze Medal against South Korea in under-18 Wome...

» Abhijeet Gupta made record by winning title twice in a row