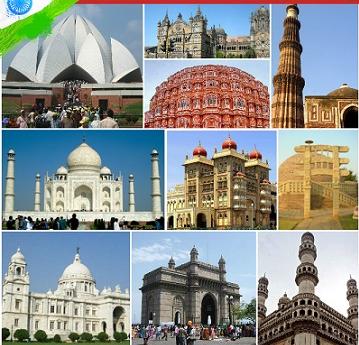 Archaeological Survey of India (ASI) has issued an order allowing photography within premises of protected monuments and sites.

Under the new ASI's order, photography will be allowed within premises of Centrally protected monuments maintained and managed by ASI. However, photography will remain prohibited near Ajanta Caves, Leh Palace (both housing paintings that can be damaged by camera flash) and the mausoleum of Taj Mahal

ASI administers and manages 3,686 ancient monuments and archaeological sites, and remains of national importance. Earlier, historians, academicians, and professional photographers were required to take permission from ASI for photography in protected monuments.

ASI is the premier organization for the archaeological researches and protection of the cultural heritage of the country. Headquartered at 'Dharohar Bhawan' in New Delhi.

ASI prime objective is to maintain archaeological sites, ancient monuments and remains of national importance. It was established in 1861 by Alexander Cunningham.

ASI regulates all archaeological activities as per the provisions of the Ancient Monuments and Archaeological Sites and Remains Act, 1958. It functions under the Ministry of Culture. It also regulates Antiquities and Art Treasure Act, 1972.

ASI finds medieval coins to be in the ownership of Sher Shah...

ASI unearthed 254 copper coins of the medieval era at Khirki...

» International Conference on Dialogue of Civilizations-IV