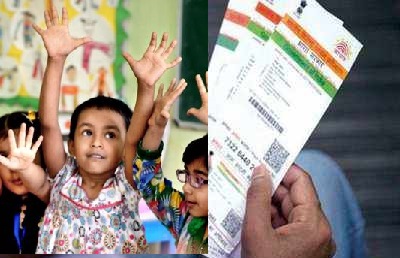 According to the Unique Identification Authority of India (UIDAI) notification made on 5th September 2018, that schools cannot refuse admission to students without Aadhaar Card.

The UIDAI asserted that denial of admission on such grounds is “invalid” and is not permitted under the law.

The UIDAI forced the Indian schools to ensure that no children are denied their due benefits or rights in lieu of Aadhaar.

The UIDAI also insisted schools to coordinate with local banks, post offices, State education department, and district administration to facilitate special camps in their premises for Aadhaar enrolment and updation.

The UIDAI clarified that till Aadhaar number is assigned or biometrics is updated for such students, all facilities should be extended through alternate means of identification

The UIDAI was founded in 2009 under the United Progressive Alliance (UPA) regime with former Infosys CEO Nandan Nilekani as its chairman. Nilekani resigned in 2014.

The UIDAI is the organisation behind the Aadhaar, which is a 12 digit unique number, linked with an individual’s demographic and biometric information.

Department of Posts: Aadhaar not mandatory to book International Parcels

Department of Posts: Aadhaar not mandatory to book Internati...