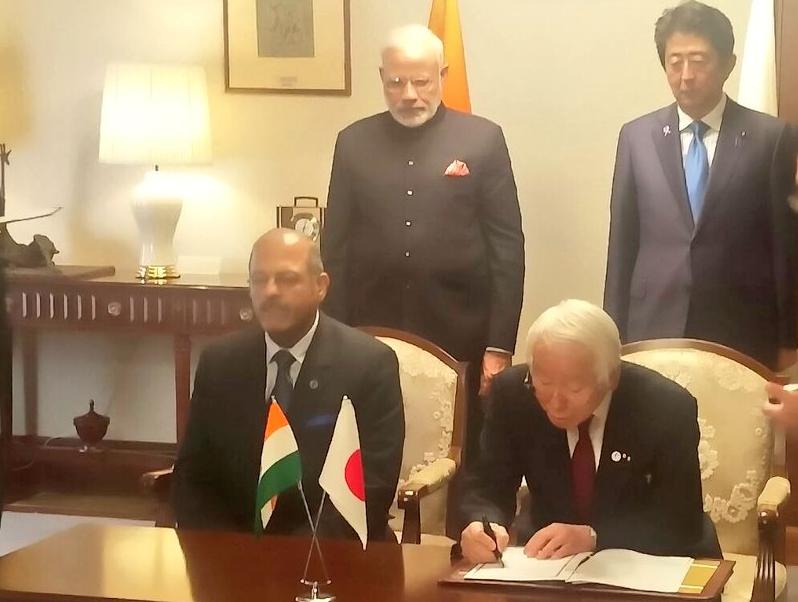 This visit remarks the signing of Memorandum of Understanding with Gujarat Government and Hyogo Perfecture.

PM thanked Governor Ido for his valuable efforts to make relation with Indian State Gujarat and says that the relationship of both the countries is characterised by Mutual Trust and Confidence.

Narendra Modi stated that Greater participation and engagement of industries in Hyogo would benefit India-Japan in Micro Small and Medium Enterprise (MSME) sector which would prove transformational.

» Narendra Modi stress on Strategic and Global Partnership at Japan