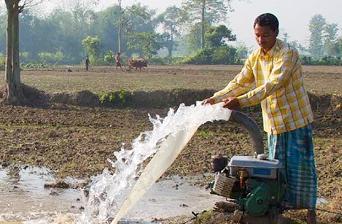 The Assam government led by Chief Minister Sarbananda Sonowal (BJP) on 13 September 2018, has decided to distribute over 1 lakh pump sets to double the farmers’ income by 2022.

The pump sets will be distributed under NABARD’s Rural Infrastructure Development Project. They will include 60 thousand diesel sets, 11 thousand solar and 30 thousand electrical operated pump sets.

Moreover, around 75 to 85 percent subsidy is to be given to the farmers to purchase pump sets. The initiative aims to help the farmers in irrigation facilities.

Subsidising pumps will help the farmer in reducing the input costs by a significant margin.

The Union Government had already allocated Rs 2.12 lakh crore over a period of five-year as a part of their commitment to double farmers’ income by 2022.