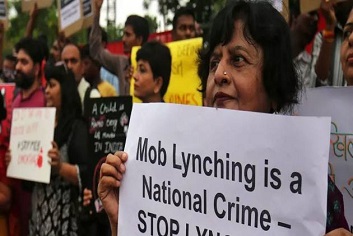 The Manipur cabinet on 20th September 2018 decided to introduce the Manipur Mob Violence Control and Prohibition Bill in the State Legislative Assembly soon.

The Manipur Mob Violence Control and Prohibition Bill aims to stop increasing incidences of lynchings in the state.

The Manipur cabinet's decision comes in the wake of the statewide protest condemning the lynching of Farooque Khan on September 13 at Tharoijamm, for allegedly trying to steal a scooter. Khan belonged to Lilong Haoreibi in Thoubal district.

The Manipur's cabinet meeting was held at Jiribam, the first such to be held outside the state capital town of Imphal.

It was preceded by launching of the helicopter service between Imphal and Jiribam town by Chief Minister N Biren Singh.

It takes about six and a half hours to cover the distance between Imphal and Jiribam by road and travelers have to face blockades periodically. In a chopper the distance would be covered in 35 minutes, transport department.

» No tax imposition Gold and Jewellery under Second Amendment bill