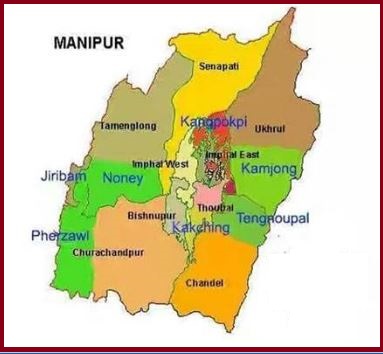 Manipur is a state in northeastern India. It's capital name is Imphal. It was commissioned to Indian Union on 21 January 1972.

Manipur is bordered by the Indian states of Nagaland to the north, Assam to the west, and Mizoram to the southwest and by Myanmar (Burma) to the south and east.

About two-thirds of the people in Manipur are Meitei (Meetei), who occupy the Manipur valley and are largely Hindus.

Manipur climate is temperate in the valley and cold in the hills. In summer the average high temperature is in the low 90s F (about 32–34 °C), while in the winter temperatures can drop into the mid-30s F (about 1–2 °C). Rainfall is abundant, with about 65 inches (1,650 mm) of precipitation occurring annually.

Manipur hill ranges include the Naga Hills to the north, the East Manipur Hills along the eastern Myanmar border, the Mizo and Chin hills.