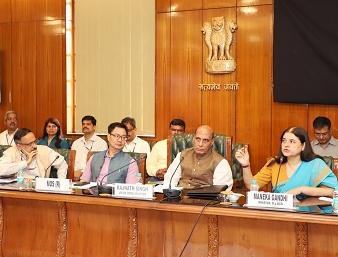 The CCPWC portal will also allow complainants to upload objectionable content and URL to assist in the investigation by State Police.

The complaints registered through this CCPWC portal will be handled by police authorities of respective State/UTs. It also has other features such as report and track option allowing victim or complainant to track his/her report using his/her mobile number.

National Crime Records Bureau (NCRB) will proactively identify such objectionable content on receiving complainants and take up with intermediaries for its removal. For this NCRB has already been notified as Central Government nodal agency to issue notices under Section 79(3)b of Information Technology (IT) Act.