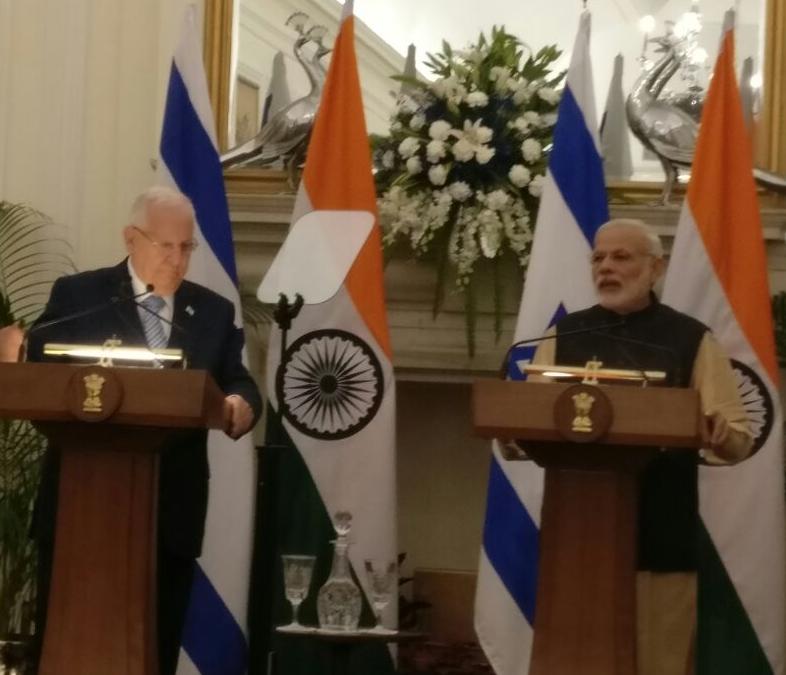 Prime Minister Narendra Modi chairs a meeting at Hyderabad House in New Delhi with President of Israel Reuven Rivlin for signing of agreements between the two countries.

PM stated that as India-Israel approach 25 years milestone in establishment of diplomatic relations, both the countries advance the engagement on several fronts.

Modi expressed that India has identified water management and resources and collaboration in scientific research and development as a major priority engagement.

PM stated that the economic initiatives and emphasis on innovation, research and technology of India matches well with innovations of Israel.

Narendra Modi avowed that India is grateful to Israel for support to India’s permanent candidature in UN Security Council.