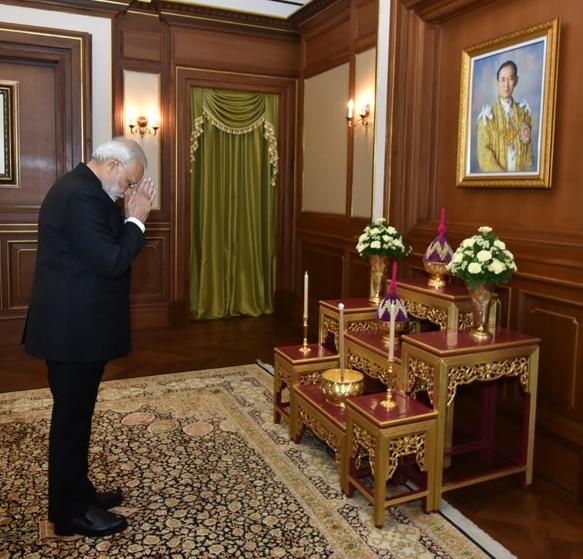 Prime Minister laid a wreath and paid his final respects to the late King Bhumibol at Grand Palace complex in Bangkok.

Bhumibol was longest running monarch who died at the age of 88 on 13th October.

After the death of Bhumibol one year mourning period was announced in Thailand.

After lying the wreath Prime Minister Narendra Modi headed to Japan for three day visit where it is expected to sign nuclear deal and discussions on cooperation in areas like trade, investment and security.

» Narendra Modi visit to Japan from 11 November for Annual Summit