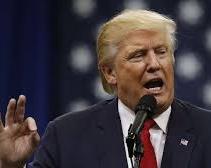 In the year 1885, Donald Trump was sued for apparently trying to force out tenants to enable destruction.

The matter was settled at the court and the destruction was cancelled and as a result Trump was told to pay penalty.

Donald Trump loss or gain with controversies from past

In the year 1993, Trump sued his business partner Jay Pritzker for collecting excessive fees but after sometime the matter was settled.

A boarding house owner also sued him for damage at the construction of an adjacent casino but later on dropped the case.

In the year 2000, Trump was charged with petitioning for rejection of Government proposal and as a result he paid $250,000 as a penalty.