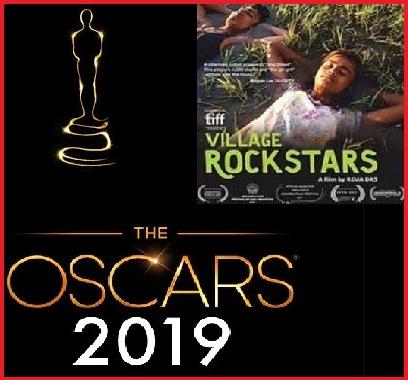 The Film Federation of India (FFI) has announced that Assamese movie “Village Rockstars” has been selected to represent India in the Best Foreign Language category at the 91st Academy Awards 2019.

The Assamese movie “Village Rockstars” features Bhanita Das in the lead role. The movie was directed by Rima Da.

The 91st Academy Awards or Oscar-2018 event will be held on 24th February 2019. It will be held at the Dolby Theatre at the Hollywood and Highland Center in Hollywood and will be televised live in the U.S. by ABC as well as in more than 225 countries and territories worldwide.