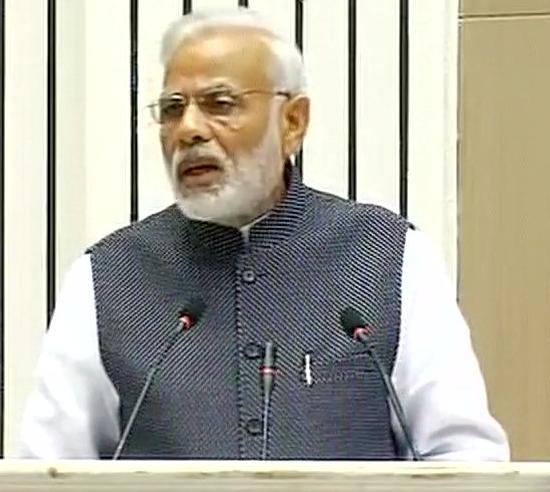 PM Modi stressed on importance of freedom of press and external control is not good for press.

Modi stated that press can play a key role in informing the government and which will provide strength to the nation.

PM stated that India is not limited to only television and newspapers and stated that we remember how the press council ceased to exist during the emergency.

Narendra Modi stated that any death is annoying but journalists losing their lives to show the truth is even more serious.