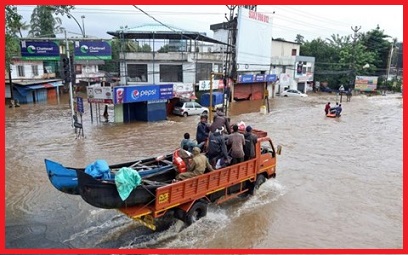 The Flood Forecasting and Early Warning System (FFEWS) aimed at helping city officials and citizens act decisively to minimize damage before and during disasters.

Asian Development Bank (ADB) from its Urban Climate Change Resilience Trust Fund under the Urban Financing Partnership Facility, funded this project with technical assistance of a $1 million to KMC.

The system has been designed to provide forecasts as well as real-time information on inundation, temperature, air quality, and other climate-related data through 400 sensor nodes.

It will send real-time data to a cloud-based dashboard which will send risk information through mobile alerts and radio/television messaging.

It will reduce economic loss and impacts on livelihood and improve flood awareness and safety at a community level.

It is a part of ADB’s 20-year partnership with KMC.

China proposed bullet train from Kolkata to its Kunming City...