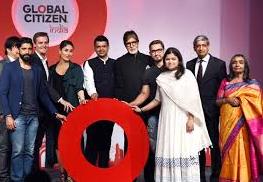 Indian and International celebrities would be performing on stage but the star action is British Band coldplay which is making debut performance in the event.

Chris Martin has already arrived for the concert whereas Bollywood actors and actresses to also perform in the live concert.

Bollywood stars Shahrukh Khan, Alia Bhatt and others to host the show and at the same time it would also serve as a platform to spread the message of social change.

This is one of the biggest events of the year where more than 80,000 fans from all over the country would join

This Festival aims to encourage social change from all across the country and eradicate issues that plague nations.

» ITBP celebrates its establishment day as its 55th Raising Day