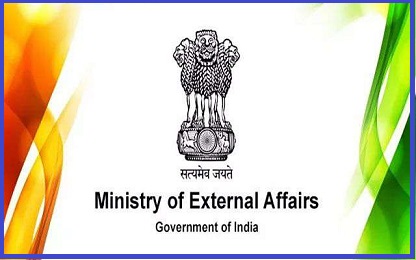 India for Humanity initiative is a part to commemorate the 150th birth anniversary of Mahatma Gandhi and honor of his service to humanity.

India for Humanity initiative will feature a year-long series of artificial limb fitment camps in a number of countries spanning the globe.

India for Humanity initiative main aim is to provide physical, economic and social rehabilitation of differently-abled around the world by helping them regain their mobility and dignity to become self-respecting and productive members of society.

India for Humanity initiative focuses on Mahatma Gandhi’s philosophy of compassion, caring and service to humanity.

For this, MEA had collaborated with charitable organization Bhagwan Mahaveer Viklang Sahayata Samiti, BMVSS. The artificial limb fitment camps under this initiative will be initially held in 12 countries identified through missions with the financial support of central government. It will be fully sponsored by the MEA.

BMVSS is world’s largest organization for handicapped in terms of fitment of artificial limb, calipers etc, providing them with artificial limbs, crutches, calipers, ambulatory aids like wheelchairs, and other aids and appliances totally free of cost. Till date, it has served over 1.73 million amputees.