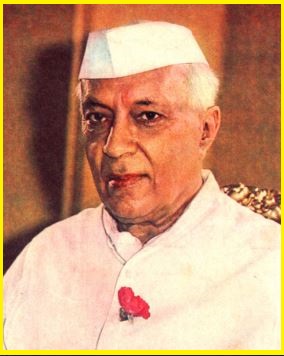 Pandit Jawaharlal Nehru was a great leader of India born on 4th of November in the year 1889 to the renowned lawyer, Mr. Motilal Nehru, and Swaroop Rani in the Allahabad. He died on 27 May 1964 (aged 74 years) due to the heart attack.

Pt Jawaharlal Nehru was a great writer and the poet. The Discovery of India and Glimpses of World History are some of his well-known books. He wrote 'Toward Freedom', (1936) is an autobiographical book written by the first Prime Minister of India, Jawaharlal Nehru while he was in prison.

Pt Jawaharlal Nehru worked great for the well being of children as well as youngsters after the independence of India. He worked so much for the education, progress and welfare of the children of India. He was very affectionate towards children and became famous as Chacha Nehru among them.

Pt Jawaharlal Nehru made a five-year plan which includes free primary education, free meals including milk to the school children in order to prevent children from malnutrition in India.

Pt Jawaharlal Nehru deep love and affection towards the children is the big reason for celebrating the Children’s Day at his birthday anniversary.

History of International Film Festival of India under the pr...

Google Celebrates Children's Day 2018 With Theme Doodle 'What Inspires You'

On 14th November, The Detail of other Important events recor...

Ministry of Urban Development launches a massive scheme to m...

Constitution Article 35A for Permanent Resident of Jammu And...

» Google Celebrates Children's Day 2018 With Theme Doodle 'What Inspires You'