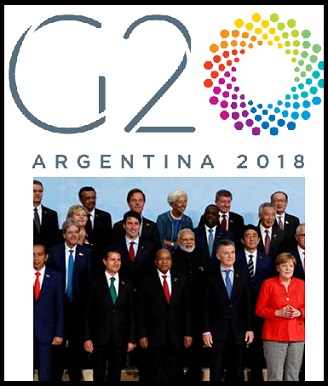 Apart, G20 Summit 2018 will be attended by 19 leaders of the world's biggest economies and a representative of the European Union will be holding a meeting on 30th November as part of the G20 summit.

US President Donald Trump is also believed to hold a trilateral meeting with Prime Minister Modi and Japanese Premier Shinzo Abe on the sidelines of the G-20 Summit.

Group of Twenty (G20) is the premier forum for international economic cooperation and decision-making. It is a forum for governments and central bank governors from 20 major economies to focus on economic issues and other important development challenges.

G20 was started in 1999 as meeting of Finance Ministers and Central Bank Governors in the aftermath of the South-east Asian (Tiger economies) financial crisis. It was established for studying, reviewing, and promoting high-level discussion of policy issues pertaining to the promotion of international financial stability.