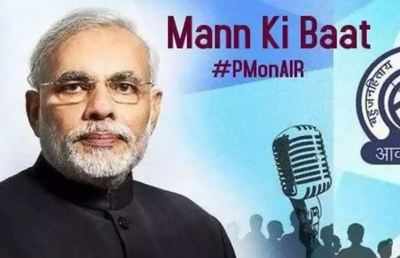 On 25th November, Prime Minister Narendra Modi will talk about the Mann ki Baat through radio, it will be the 50th edition of this popular program. PM Modi started the program in October 2014 after taking office in October. Under this, he communicates with the public through the radio on the last Sunday of every month.

Not only does PM Modi talk about his mind but also seeks suggestions and ideas from the common people. Those suggestions-ideas have been included in the program. During the last four years, there were many such occasions during the talk of the mind, which enabled the country's policies and many new trends. The special thing was that PM Modi kept this program completely non-political. Significant achievements of the mind

Through the program in 2014, he urged people to wear khadi. In next month, sales increased 125 percent. On the completion of 40 years of India-Pakistan war in 2015, his appeal to the martyrdom of the country's heroes was also very popular. Selfie with Daughter, Under the Beti Bachao Andolan, PM Modi called for 'Selfie with Daughter' campaign, which was viral.

Skip LPG Subsidy, Appeal for PM's leaving the LPG subsidy is also effective. It saved millions of rupees. Exam Warrior, PM's formula for reducing tension before the examination was highly appreciated among children and parents. Later, the PM wrote a book titled 'Egam Warrior' based on this. Thousands of people have heard about the joint mind of PM Modi with Barack Obama.