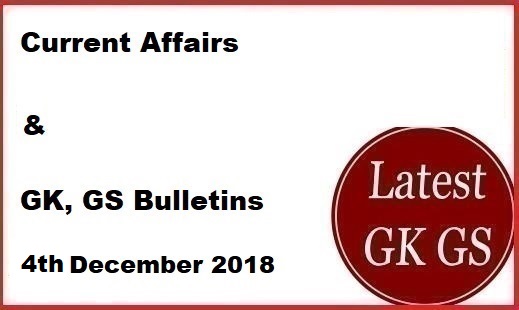 2. Govt forms committee to look at the selling of OIL & ONGC fields to private firms

7. Raninder Singh became the first Indian to be elected as the vice-president of the ISSF

9. Qatar to withdraw its membership from the Organization of the Petroleum Exporting Countries (OPEC) from January 2019

» Today in History: History of 3 December