One Liner » History » Today In History 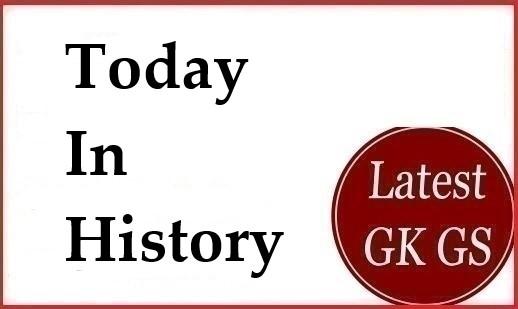 Important events of December 3: What happened on this day?

1790- Lord Cornwallis snatched the power of justice in criminal cases from the Nawab of Mushirabad and took it in his hands and transferred this Nizamat Court to Calcutta.

1824- The British surrounded the fort of Kittur by decrying Kumuk from Madras and Bombay.

1910- First show of Neon lamp in the world developed by French physicist George Cloud, for the first time at the Paris Motor Show.

1948- a Ship carrying Chinese refugees in the eastern China Sea has lost 1100 people from Wishpat Haine in Kiagyia.

1959- India and Nepal signed the agreement of Gandak Irrigation and Power Project.

1971- Emergency was imposed in India after the war started between India and Pakistan.

1984- Bhopal Gas tragedy happened. At least, 3,000 people were killed and thousands of people became victims of physical disorders due to the poisonous gas leak from Union Carbide Factory.

1989- President of Russia Mikhail Gorbachev and President of the United States George Bush announced the end of the cold war.

2002- UNEP releases $60 million for the study of biodiversity in seven tropical countries including India.

2004- After 40 years, India and Pakistan agreed to restore rail link between Munabav and Khokrapar.

2008- Maharashtra Chief Minister Vilasrao Deshmukh resigned from the post after the November 23 terrorist attacks in Mumbai.

2012- 475 people died in Bhufa hurricane in the Philippines.

» France becomes a Republic And National Assembly voted in April 1792

» Government of India: Important Designation of 2018