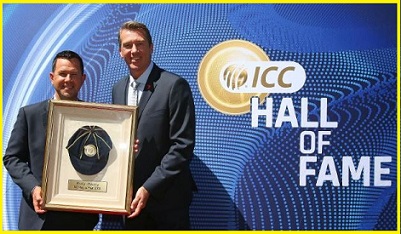 A three-time World Cup winner (including two World Cups as captain in 2003 and 2007), Ponting received his commemorative cap during the tea break on Day-1 of the Boxing Day Test between India and Australia at MCG.

In February 2018, he was also inducted into the Australian Cricket Hall of Fame.

Ricky Ponting is the highest run scorer for Australia in both Tests and ODIs, with 13,378 runs in the longest format and 13,704 runs in the 50-over format.

Other 2018 inductees in the list include India’s Rahul Dravid and England’s Claire Taylor, bringing the total members in the prestigious list to 87.

England Scored Worlds Highest ODI Total In History Against A...