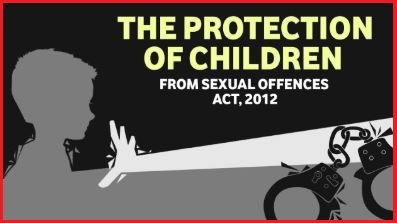 The Cabinet Committee on Economic Affairs (CCEA), chaired by the Prime Minister Narendra Modi on 28th December 2018 has approved the proposal for amendment in the Protection of Children from Sexual Offences (POCSO) Act, 2012.

The Protection of Children from Sexual Offences Act (POCSO Act) 2012 was formed to protect children from offenses of sexual abuse, sexual harassment and pornography and to provide a child-friendly system for the trial of these offenses.

Amendments in Section-4, Section-5, and Section-6 aims to provide an option of stringent punishment, including the death penalty, for committing aggravated penetrative sexual assault crime on a child to protect the children from sexual abuse.

Amendments in section-9 to protect children from sexual offences in times of natural calamities and disasters and in cases where children are administered, in any way, any hormone or any chemical substance, to attain early sexual maturity for the purpose of penetrative sexual assault.

Amendments of Section-14 and Section-15 aims to address the menace of the child pornography by levying fine further penalizing the perpetrator with jail term or fine or both.

The Amendment is expected to discourage the trend of child sexual abuse by acting as a deterrent due to strong penal provisions incorporated in the  POCSO Act.