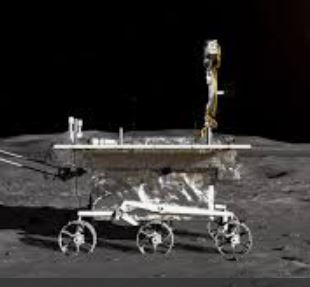 China’s Chang’e 4 probe makes a historic landing on 'Dark side' of the Moon: Details, Significance, Highlights

China’s Chang’e 4 probe spacecraft has become the first spacecraft for the first time to land on the dark side of the moon.

Chang’e 4 is a Chinese lunar exploration mission that aims to achieve soft-landing on the far side of the Moon. The mission aims to deliver samples of Moon rock and soil to Earth.

China’s mission consists of a static lander and rover. The rover will touch down on the Von Kármán crater, located on the side of the Moon which never faces Earth.

During the landing, the probe will descend on thrusters and touch down on the rugged terrain of the lunar far side. The landers will aid in characterizing the region’s geology and the composition of rock and soil.'

Chang’e-4’s instruments would examine whether the impact which created the South Pole Aitken Basin has punched through the crust down to the Moon’s mantle layer. This will shed light on the early history of our only natural satellite.

Chang’e-4 mission will also characterise the “radio environment” on the far side to lay the groundwork for the creation of future radio astronomy telescopes on the far side, which is shielded from the radio noise of Earth.

To study the respiration of the seeds and the photosynthesis on the Moon the static lander is carrying a container with potato and Arabidopsis plant seeds to perform a biological experiment.

The lender will send the data through the satellite Queqiao of China.

» FDI: India pips China in FDI inflows for the first time in 20 years