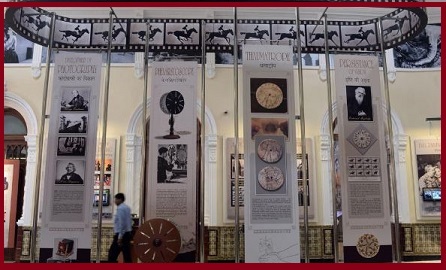 Prime Minister of India, Narendra Modi inaugurated India’s First National Museum of Indian Cinema in Mumbai, Maharashtra, that aims to depict over a century-old journey of movies in India.

The state-of-the-art museum has been built at a cost of Rs 140.61 crore and is housed in two buildings – the New Museum Building and the 19th-century historic palace Gulshan Mahal – in the Films Division campus in Mumbai.

The objective of the Museum is to take its visitors through an absorbing journey of over a century of Indian cinema in a storytelling mode with the help of visuals, graphics, artifacts, interactive exhibits, and multimedia expositions.

Kavassaji Jamshedi Patigra was born on this day ie 24 Novemb...