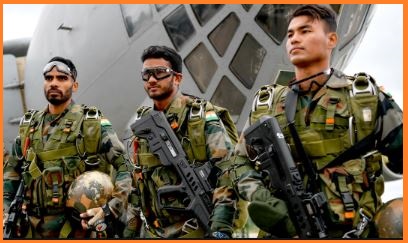 Mainamati Maitree Exercise 2019 was named after Mainamati hill range situated 8 km west of Comilla Township in Bangladesh, which is home to an ancient Buddhist archaeological site in the region.

Mainamati Maitree Exercise 2019 was held in areas near Srimantapur in Sipahijala district, bordering Comilla district of

Mainamati Maitree Exercise 2019 main aim was to plan and conduct anti-smuggling and anti-criminal activity related operations with an aim to achieve better joint operational efficiency and border management in the area.

After the Standoff between the Border Security Force (BSF) and Border Guards Bangladesh (BGB) around 31 Rohingya people who were found crossing the international border into Bangladesh in January, series of joint exercises and exchanges are being held in the Tripura-Bangla frontier as part of the confidence-building measure.