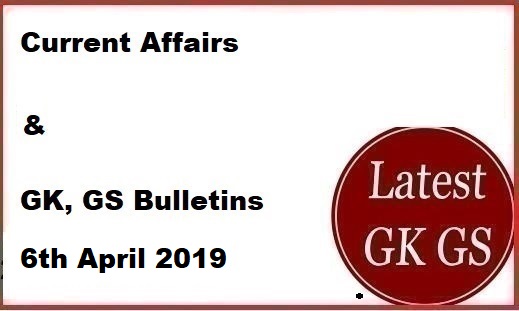 3. NGT Report: West Bengal treats only 49 percent wastewater before dumping it in Ganga

6. Japan's spacecraft Hayabusa-2 drops an explosive on an asteroid to make a crater.

8. Nepal-India Franchise Investment Expo 2019 to be held in May

11. Union Health Ministry and WHO formed a Solidarity Human Chain as part of the ‘World Health Day 2019’

Praful Patel first Indian to be appointed as a member in FIF...

Belgium Football Team emerged as No. 1 in FIFA Global Rankin...