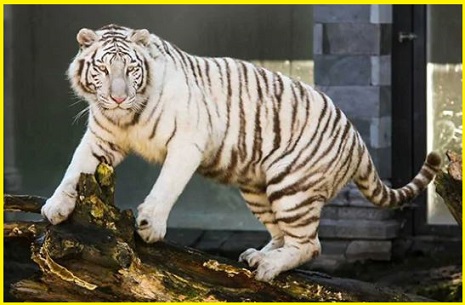 The tiger 'Bajirao' was born at National Park in 2001.

yellow pheomelanin pigment and the presence of unique recessive genes.

White tigers were once found in Madhya Pradesh, Assam, West Bengal, Bihar. Now there are no white tigers in the wild.

The last white tiger reported in wild was captured in Rewa forest Madhya Pradesh.
Sanjay Gandhi National Park is in Maharashtra. It is located in Mumbai. It has a protected archaeological site called Kanheri caves.