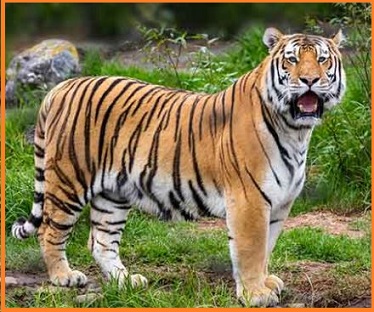 According to the recently released United Nations report, the survival of around 5 lakh Royal Bengal Tigers who are among land species is in danger because of threats to their natural habitat, as of climate change and rising sea levels.

Bengal tiger (Panthera Tigris Tigris) is the national animal of India and Bangladesh.

The 70% of Sundarbans’, which is one of the world’s last and largest tiger strongholds is just a few feet above sea level, and grave changes are in store for the region.

Once the Sundarbans are flooded it may lead to increased confrontations (conflict) between humans and tigers, as the latter would stray outside their habitat in search of new land.

Conservation efforts and fight against habitat loss in Sunderbans needs to begin immediately, as it could take about 20 years for these efforts to even start showing any results, but if action isn’t taken soon there won’t be any forest or tigers to save in 50 years.

The studies of the report rely on climate change scenarios developed by the Intergovernmental Panel on Climate Change (IPCC) for its simulation models.

As per UN findings, if greenhouse gas (GHG) emissions continued at the current rate, the atmosphere would warm as much as 1.5C (above preindustrial levels) by 2040. This climate change would lead to rising sea level and existential threat to the Sundarbans.

In 2010, the World Wide Fund for Nature (WWF) estimated that sea level rise of 11 inches could reduce the number of tigers in Sundarbans by 96% within a few decades.

By 2070, there will not be any suitable habitats of tiger remaining in Bangladesh Sundarbans.

The two countries Nepal and India for the first ti...