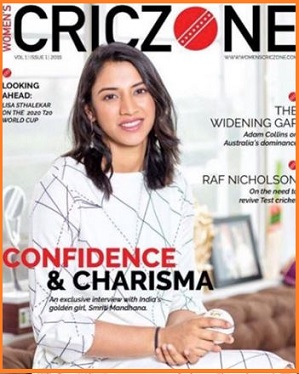 ‘Criczone’ is the world first magazine which features only women cricketers.

Criczone magazine is a one-stop solution, exclusively dedicated to providing updates, articles, news, interviews, etc. from the world of women’s cricket.
It was launched on the sidelines of the inauguration of upcoming women’s T20 challenge.

The Criczone stories will aim to empower young aspiring women cricketers to take the sport as a profession and able to make a sustainable living.