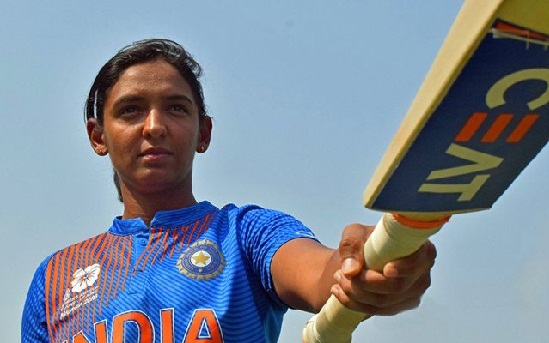 Harmanpreet Kaur Bhullar was born on 8 march 1989 in Moga Punjab.

Harmanpreet took cricket when she joined Gian Jyoti School academy which was 30km away from her residence where she gets her training under Kamaljeet Singh Sodhi.

Harman moved to Mumbai in 2014 where she began working for Indian Railways.

Virendra Sehwag was his role model and she was inspired by him.

Harman started her career at the age of 20 in 2009 women's world cup played in Bradman Oval, Bowral against Pakistan, she bowled 4 overs in the match conceding only 10 runs and also get a wicket.

Harman made her debut as Captain against Pakistan as India won Asia Cup.

Harman played well continuously in her matches and in 2016 she played very well and made her achievement too high as she helped India to win series in Australia as well as scored 31 balls 46 runs in Indias highest ever chase in T20 International.

Harmanpreet Kaur became the first women for India to score a century in WT20.