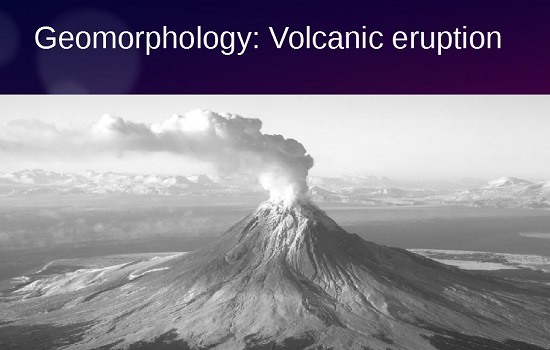 Interior parts of the continent are generally free from volcanic activity. Most of the active volcanoes are found in the pacific region which is thus called the Pacific Ring of Fire.

Volcanoes are closely related to the regions of intense folding and faulting.

A volcano is a mountain that opens downward to a pool of molten rock below the surface of the planet earth. When pressure builds up, volcanic eruptions occur.

Most of the Volcanoes occur alongside coastal mountain ranges. Some types of volcanoes found on islands and in the mid oceans.

Volcanoes locked in the continent usually present in a dormant state (free from volcanic activity).

An active volcano covers a danger area of around 36 Kilometer in radius.

Tere is a great role of gaseous emissions in the formation of the planet earth's atmosphere.