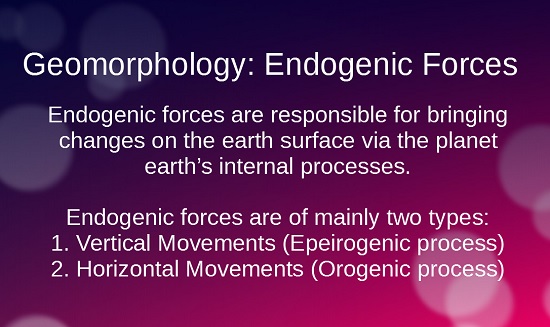 Endogenic slow movement forces are so much slow that it can go beyond traceability in a human lifetime.

Endogenic Slow Movement Forces known as Diastrophic forces refer to forces generated by the movement of the solid material of the earth’s crust.

All the processes that move, elevate or build portions of the earth's crust come under diastrophism. Diastrophism includes:

Slow movements from Endogenic Forces can again be classified as vertical movements and horizontal movements.