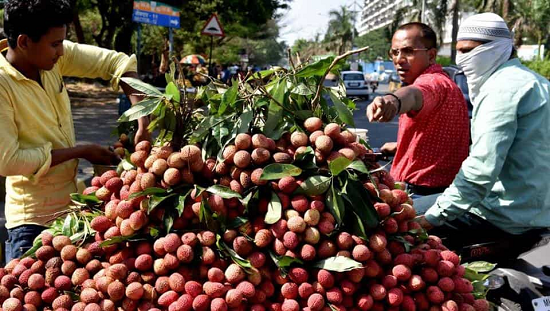 Under the intellectual property law, 'Shahi Lechi' has now been given GI tag (Geographic Identification).

The Bihar Litchi Producer's Association had applied for the GI tag of 'Shahi Litchi' in the GI Registry office in June 2016. Due to getting a GI tag, the expectations of copying or disturbances in sales of 'Shahi Lechi' will be greatly reduced.

The species of Bihar's litchi species include many species including China, Lavalia, Cassalia, Calcutta, but the royal Lechi is considered to be the best. It is quite lush. As it is round, the seed is small in it. Taste is quite sweet. There is also a special fragrance in it.

More than half of the total litchi production in the country is produced in Bihar.

According to data, litchi is cultivated in 32,000 hectares of Bihar.

There is a total production of 300 metric tonne litchi.

70 percent of Bihar's total litchi production is produced in Muzaffarpur. In Muzaffarpur, there is a litchi cultivation of 18 thousand hectare area.

What is the GI (Geographical Indication) Tag? What is it use...